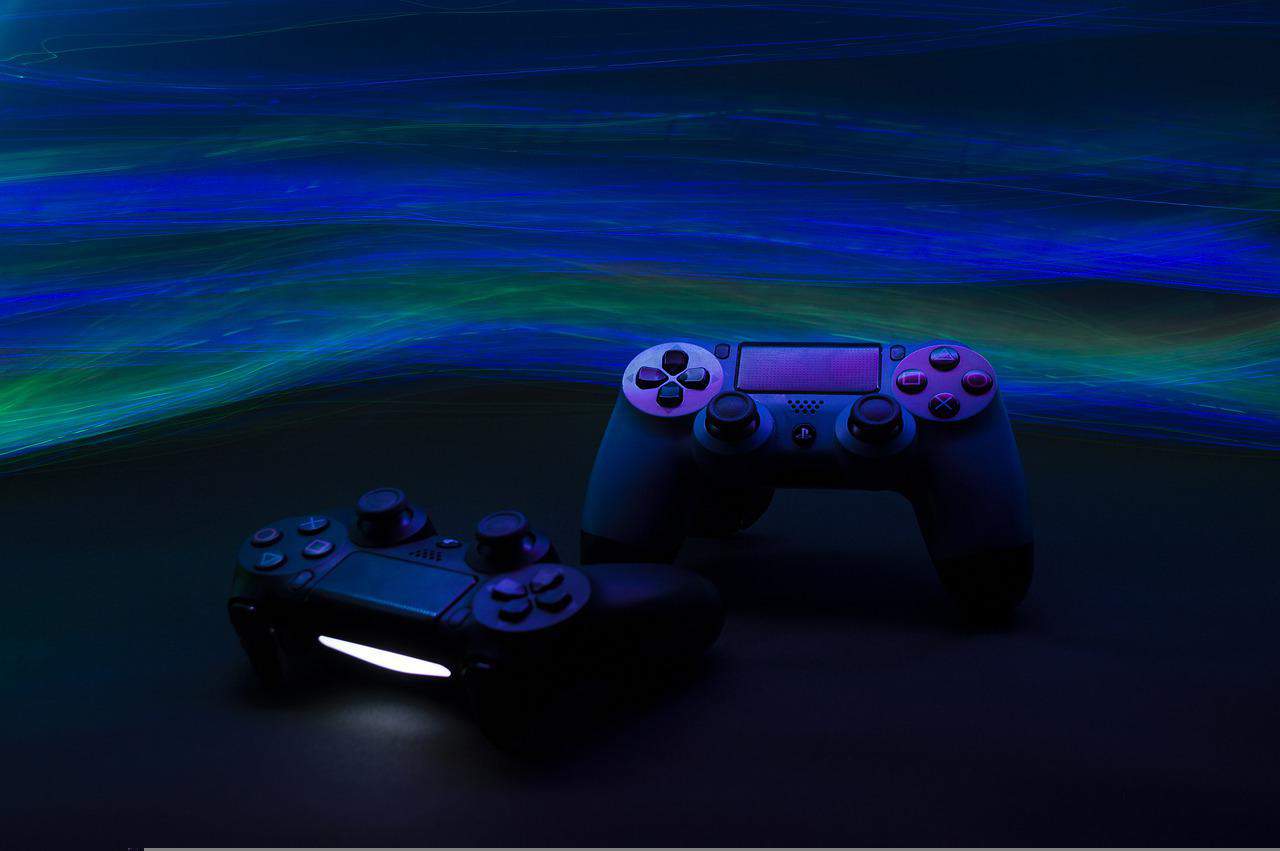 If you are a PS4 gamer and want to play PS4 on Projector you must need to know How To Connect PS4 To Projector?

The industrial revolution has no doubt improved the life of human beings tenfold as there are more and more innovations released to benefit us every day.

In addition to the fact that these discoveries are made in lifesaving fields such as medicine or engineering, they also make our lives better in other ways as well.

In other words, they highly improve the quality of our everyday routine by enhancing our lives through entertainment through a wide array of devices.

And to get straight to the point, if we are talking about entertainment via these devices, gaming consoles are one possible option.

You might be familiar with gaming consoles. Everyone loves them and they are quite popular such as a PlayStation. Which is created by Sony Interactive Entertainment, a Japanese-based company.

Now if you are a gamer that owns a PlayStation 4 and wants to maximize your gaming experience by connecting your console to a projector this article might intrigue your attention because this article will show you how to connect PS4 to the projector.

So without making you feel like you are held hostage through this unending set of words, let us get down to business and take a look at how you can utilize a projector rather than a physical screen.

Advantages and Disadvantages of connecting PS4 to the projector

Every method has its advantages and disadvantages, and the same goes for connecting your PS4 to a projector. You should know them before you decide whether or not to use them. So. let’s start with the advantages first.

– You can have a bigger screen. The projector’s screen is usually bigger than the TV’s. So, if you want to enjoy your games on a big screen, then connecting your PS4 to a projector is the way to go.

– When you connect your PS4 to a projector, you can have a more immersive gaming experience because the projector creates a bigger and wider image than the TV.

– You can save money in the long run with a good projector. If you hook up your projector to ps4, you won’t have to buy a new TV every time a new console comes out. You can just use the projector you have.

Now, let’s move on to the disadvantages.

– Projectors are more expensive than TVs. So, if you are on a budget, then a projector is not for you.

Now that you know the advantages and disadvantages of connecting your PS4 to a projector, you can decide whether or not it is right for you.

Things You Would Be Needing

How To Connect PS4 To Projector

Got everything gathered? Lovely! Now, let’s take a look at how you can do the deed.

Well, first of all, it is obvious that your PlayStation 4 will have an HDMI connection which means you need to have a projector with at least an HDMI interface available on its back panel.

But hey, if by any chance you are rocking an older version of projection that doesn’t have HDMI connectivity support, don’t worry if your projector has VGA or DVI ports, I will show you how to get around that issue too.

How To Connect PS4 To Projector using HDMI cables

Let’s look at the steps now:

Initiate the process by turning off both your projector and gaming consoles, because obviously, you wouldn’t be needing any electrical interference while you connect them.

Make sure both ends are inserted firmly into their corresponding interfaces and both are fine and dandy.

Now turn on your PlayStation 4 and your projector. It will take a while to boot up, well mine took a hell of a time, so I expect yours to be too.

Now use the controller of your projector to navigate to the settings options where you can peek at the input configurations.

Now choose the display options and select your PlayStation 4 as the input source.

This will immediately recognize your PlayStation and start to project whatever you are doing on your gaming console.

I Don’t Have HDMI Interface On My Projector? What Do I Do?

Well, remember I told you I would demonstrate how to connect to a projector without an HDMI connectivity port? Here is how you can do it.

The process is pretty simple and straightforward and all you have to do is check for the available set of connectivity ports at the back of your projector.

By examining the interfaces, buy an appropriate HDMI adapter that will help you connect your HDMI connection to your gaming console.

If your projector has a VGA port buy an HDMI to VGA adapter or if it has a DVI port interface, invest in an HDMI to DVI adapter.

After you have gotten your hands on the adapter, the process is much like the one mentioned above.

Now, through the controller, head over to the configuration settings and enable the input source as your PlayStation, just like you did above in the mentioned steps.

As much as I hate to admit it, the answer to this query is yes, using an adapter, especially one which doesn’t have decent quality, tends to downscale the resolution as well as the quality of your output by a ton.

The image looks grainy and may or may not support higher resolution, which will drastically impact your gameplay experience. So make sure you invest in a projector that at least has an HDMI input port, which will be beneficial in the long run.

What if I already have another device connected to the projector’s HDMI port?

If you have another device, such as a Blu-ray player, already connected to the projector’s HDMI port, you can use an HDMI switch to connect both devices. An HDMI switch is basically an HDMI splitter that allows you to connect multiple devices to a single HDMI port.

To do this, simply connect the Blu-ray player or other device to the HDMI switch’s one port and connect PS4 to another port. Then, connect the HDMI switch to the projector’s HDMI port. You will be able to switch between the two devices by pressing a button on the switch.

What Should I Do For The Sound?

Investing in a decent projector is not only beneficial because you would be getting newer interfaces like HDMI or display ports, but there is a greater chance that your projector also includes built-in speakers.

Although some might argue that those built-in speakers aren’t that great, let me tell you they are better than nothing, especially if you are low on budget and don’t want to spend some cash on an external sound source.

Nonetheless, in terms of comparison, external speakers will almost always have a better sound quality and crisp clarity, so get it, if you can afford it and don’t rely on the built-in speakers. But, before buying make sure your projector has an audio port.

Let’s look at some questions now which may clear your remaining queries.

Q: What are some tips on connecting PS4 to a projector?

Q: How do I know if my projector is compatible with my PS4?

A: You can check the list of compatible projectors on Sony’s website or search on google there are many websites with this information.

Q: Can I connect my PS4 to a projector wirelessly?

A: Yes, you can connect your PS4 to a projector wireless connection. To do this, you need to purchase a wireless HDMI kit. The kit includes a transmitter and receiver. The transmitter connects to the PS4’s HDMI port and the receiver connects to the projector’s HDMI port. If you want me to write a detailed guide on How to connect PS4 to a projector wirelessly please let me know by commenting below.

Q: Do I need to calibrate my projector?

So that’s pretty much, that’s all you need to know about how to connect PS4 to a projector. I hope there wasn’t any sort of confusion while reading and following this guide and it has served you well to flourish your gaming experience.

Bookmark this article so you can access it easily if by any chance you do end up forgetting the method.

Feel free to comment below if you have any queries, I will be happy to help.