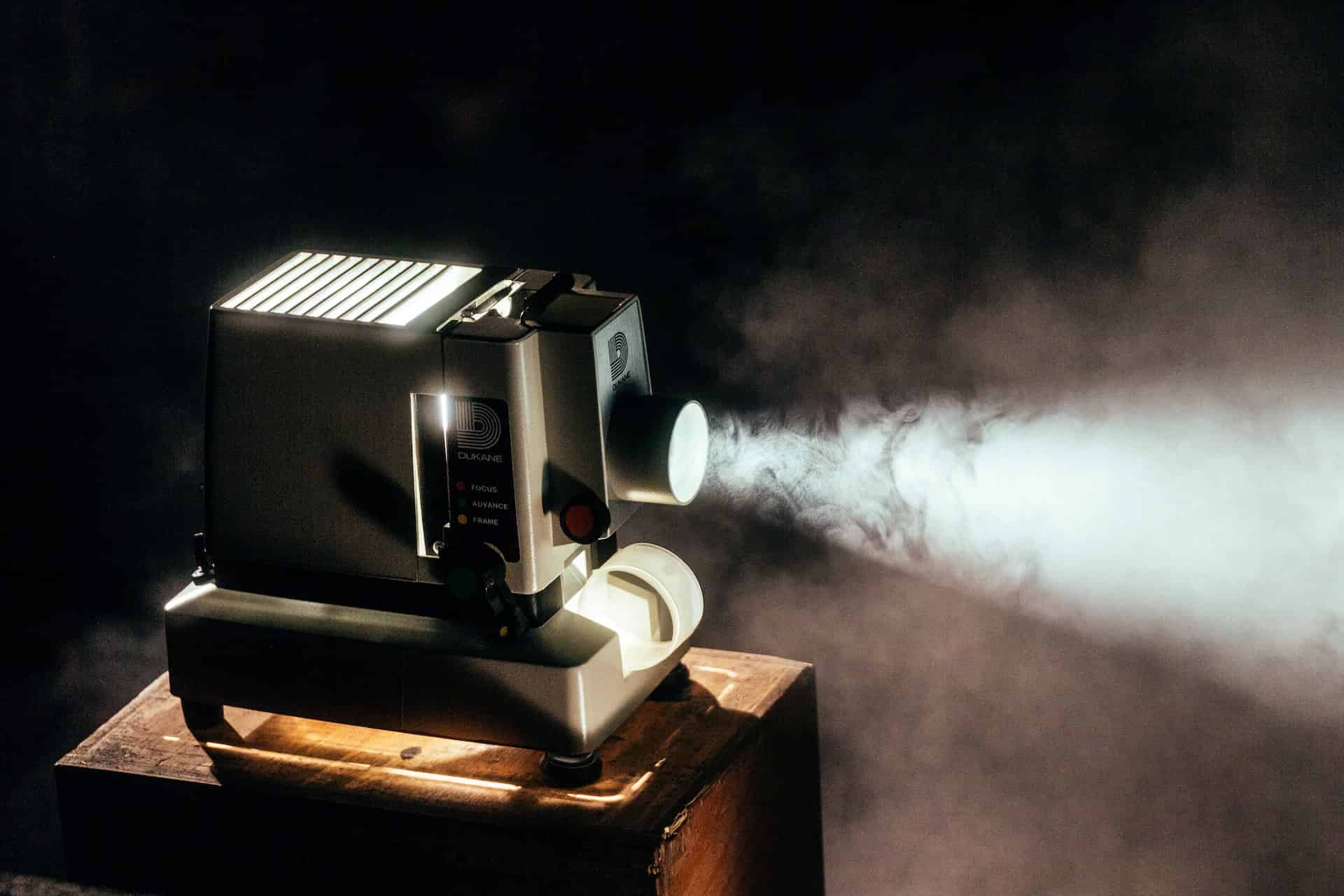 The projector lens is very important. It is the lens that projects the image onto the screen. There are many different types of projector lenses, but most of them have one thing in common: they are convex.

A convex lens is a lens that is thicker in the middle than it is at the edges. This type of lens is often used in projectors because it can magnify images. It is also known as a converging lens.

Magnifying images isn’t the only reason why a projector uses a convex lens. There are many other reasons and we will explore them in this article. So. let’s start!

What is a convex lens and How it works?

As we mentioned before, a convex lens is a lens that is thicker in the middle than it is at the edges. But how does it work?

The converging light then forms an image on the screen. This is why it is also known as a converging lens.

It can also be used to focus light. When the light passes through the lens, it is bent and comes together to form a small spot on the screen. This spot is called the focal point.

Why Does A Movie Projector Have A Convex Lens (Some Reason)

Now that you know how a convex lens works, it will be easy for you to understand the reason for using it in a movie projector lens.

To create a wider projection area

The movie projector needs a lens with a large focal length. And to achieve this, a convex lens is used because it can create a magnified image with a small object.

This is the reason for using this lens. This type of lens helps to create a wider projection area so that everyone in the theater can see the movie clearly.

To create a clear and crisp image

Another reason to use a convex lens is that it can create a clear and crisp image. This is because this lens can gather more light and create a brighter image.

To help with the focus

For projectors focus is everything. A projector that is out of focus will create a fuzzy and unclear image. The convex lens helps to keep the focus sharp and clear. This is because it bends light in a way that keeps the image in focus.

The next important reason for the projector’s convex lens is that it can reduce distortion. This type of lens does not distort the image like a concave lens would. This is important for creating a clear and undistorted image.

To protect the projector

To summarize, convex lenses are used in movie projectors because it allows for a wider projection area to create a clear and crisp image and help to keep the image focused. It can also reduce distortion and protect the projector from being damaged. So if you’re looking for the best possible viewing experience, be sure to look for a theater with a convex projection lens.

Benefits Of Having A Convex Lens

Here are some benefits of having a projector lens as a converging lens:

Overall, the convex lens plays an important role in ensuring that the image of the movie is clear and easy to see. Without it, the image might be distorted or blurry, which would make watching the movie much less enjoyable.

Q: Do all projectors have convex lenses?

A: No, not all projectors have convex lenses. Some projectors use other methods to create a clear image, such as using multiple lenses or using a single lens.

Q: Is the camera lens convex?

A: Yes, camera lenses are convex. This is because they need to gather a lot of light in order to create a clear and crisp image and it helps the camera to get a good focus.

Q: Can the convex lens be replaced if it gets damaged?

A: Yes, it can be replaced if it becomes damaged. However, it is important to note that the lens is not typically a replaceable part, so it might be necessary to purchase a new projector if the lens is damaged beyond repair

Q: What would happen if the projector did not have a convex lens?

A: If the projector did not have this lens, the image on the screen would likely be distorted or blurry. This is because, without the lens, the light from the movie would spread out too much and would not be focused properly.

Q: How many types of a convex lenses?

A: There are many different types of convex lenses. Some projectors use a single lens, while others use multiple lenses. Additionally, the shape of the lens can vary, with some being more curved than others.
Projector manufacturers typically have their own proprietary lens designs, so it might be difficult to find a replacement lens if your projector’s lens is damaged or lost. However, there are aftermarket suppliers that sell replacement projector lenses for the most popular brands.

A: Overhead projectors use a convex lens. This is because they need to create a large projection area and it helps to create a magnified image with a small object.

We looked at the reasons why a projector has a convex lens. We showed you how the lens helps to project an image onto a screen and create an immersive experience for viewers.

We hope you now have a better understanding of why projectors need convex lenses and what benefits they provide.

What did you think of our explanation? Are there any other questions you have about movie projectors or lenses? Let us know in the comments below.